Both insightful and convincing talk by Jonathan Blow about the path to mediocrity in the software world.

I didn’t spend the 47 weeks since my last post deeply learning TypeScript. At least not all of them. So, here is what happened on the TypeScript front in the last year.

I finished the TypeScript course and while I found it a little basic, I loved when it made me review my recollection and understanding of what I have learned so far. Revisiting ideas from months ago was precious and I feel it helped me solidify my rarely-used TypeScript knowledge.

There’s nothing like applying your knowledge in practice, especially in public. After I had learned a little bit more about the language, I started a pull-request in Gutenberg to add types to an innocuous module – wordcount.

Few months and several revisions later, the pull request was merged. What did I learn from this experience:

I love a good programming language book. It adds the extra breadth that one may not reach in the early days of using a new language. It’s hard to get a glimpse of all language features or to get a feeling about what are some idiomatic solutions of common problems through a tutorial or an online course.

If it were me, I would lose most of the jokes, they were cliched at best. But you may like them, who knows…

Oh, and the book did not assume much prior experience with type systems, which also made it friendly to the typical JavaScript developer.

I hope my next update will be in less than a year from now 🙂 Armed with the knowledge from Programming TypeScript and Execute Program, I will try to find (initially small) ways to contribute to the growingly typed codebases in Gutenberg (new WordPress editor and JS framework), Calypso (WordPress.com JavaScript and TypeScript UI), and maybe Redpop (Tumblr’s new TypeScript UI that’s not open-source yet). Knowing I will get quality constructive feedback from my colleagues is a big motivator even if I often get things wrong the first time 🙂

“Boeing has always been less a business than an association of engineers devoted to building amazing flying machines.”

No more, I guess.

Here is my list of heuristics and rules of thumb for software development that I have found useful over the years: 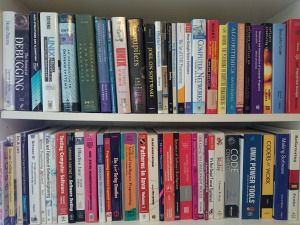 1. Start small, then extend. Whether creating a new system, or adding a feature to an existing system, I always start by making a very simple version with almost none of the required functionality. Then I extend the solution step by step, until it does what it is supposed to. I have never been able to plan everything out in detail from the beginning. Instead, I learn as I go along, and this newly discovered information gets used in the solution. 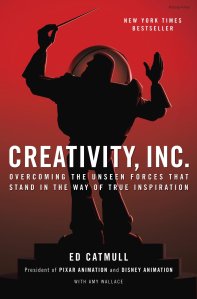 Problem-solving at its best. The problem at hand is how to build a sustainable creative culture:

What had drawn me to science, all those years ago, was the search for understanding. Human interaction is far more complex than relativity or string theory, of course, but that only made it more interesting and important; it constantly challenged my presumptions.

The book follows the path of Pixar, Inc. Along the way Ed Catmull (one of its founders) both reveals the core of what’s needed for few hundred people to work together to build a great product and shares a lot of tactics that either did or not work for Pixar itself.

If you work or play with groups of people of two or more, I would recommend you have a look at Creativity, Inc.

P.S. You might also want to check out Dave Martin’s 36 Things You Might Take Away From “Creativity, Inc.”

Self-help books are harmful only if we believe in what they say, not if we use them as a motivation to think deeper about how we operate and why we do the things we do. 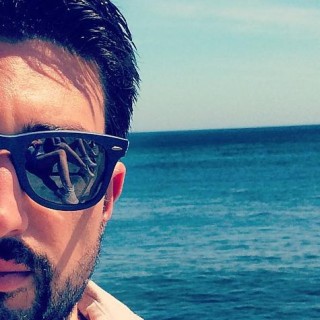